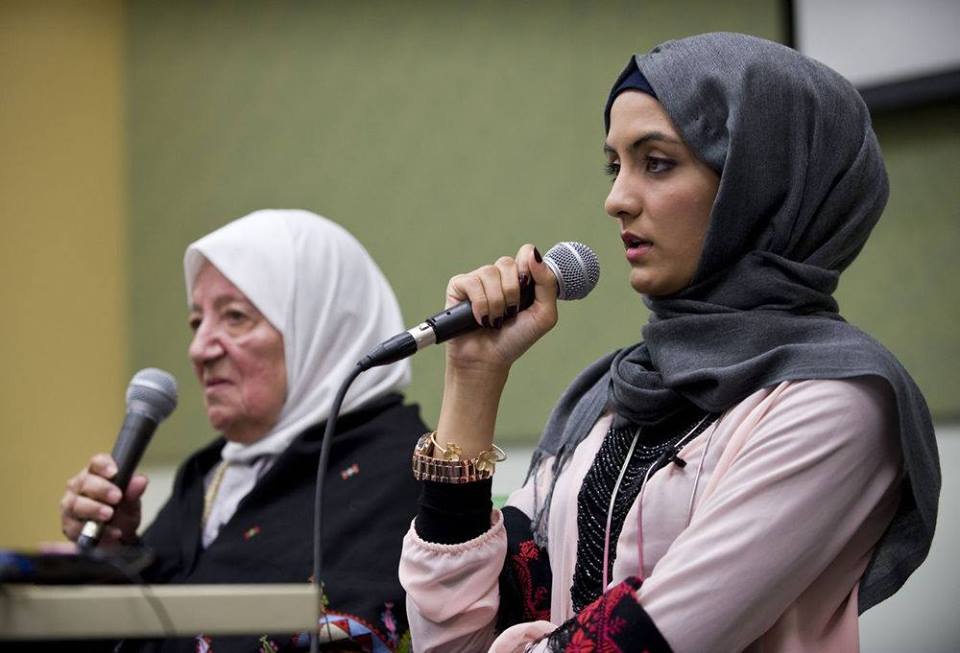 Mariam Fathalla was just 18 years old in 1948 when her 4,000 year old village was leveled and she was forced to flee Palestine along with hundreds of thousands of others to make way for the establishment of the State of Israel. For the past 71 years she has lived in crowded, makeshift refugee camps in Lebanon. Now an 89-year-old great-grandmother, she has seen five Israeli invasions of Lebanon, as well as the 1976 Tel al-Zaatar massacre that killed more than 2000 refugees.

Don’t miss this extraordinary opportunity to hear Mariam’s eye-witness story and learn the true story of the event that Palestinians call the Nakba (catastrophe). She will be joined by 24-year-old Palestinian journalist and translator Amena ElAskhar, herself the great-granddaughter of Nakba survivors.