Event Cancelled: A book talk with Aaron Zelin “Your Sons are at Your Service: Tunisia’s Missionaries of Jihad” 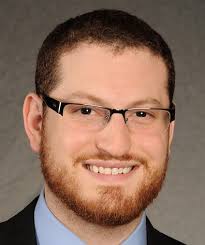 Tunisia became one of the largest sources of foreign fighters for the Islamic State—even though the country stands out as a democratic bright spot of the Arab uprisings and despite the fact that it had very little history of terrorist violence within its borders prior to 2011. Aaron Y. Zelin highlights the longer-term causes that affected jihadi recruitment in Tunisia, including the prior history of Tunisians joining jihadi organizations and playing key roles in far-flung parts of the world over the past four decades. ar-flung parts of the world over the past four decades. The first book on the history of the Tunisian jihadi movement, Your Sons Are at Your Service is a meticulously researched account that challenges simplified views of jihadism’s appeal and success.

Dr. Aaron Y. Zelin is the Richard Borow Fellow at the Washington Institute for Near East Policy and a Visiting Research Scholar at Brandeis University. Zelin is also the founder of the widely acclaimed and cited Jihadology.net and its podcast JihadPod. Zelin ’s research focuses on Sunni Arab jihadi groups in North Africa and Syria as well as the trend of foreign fighting, online jihadism, and jihadi governance.