Africa at Noon: “Political Transitions in Ethiopia: Human Rights, Democracy, and the Politics of Hope” 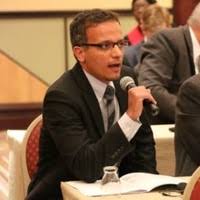 After overthrowing an authoritarian regime last April, the new (as of yet unelected) government of Ethiopia has put human rights and democracy at the forefront of its political discourse. While the amount of optimism this has created is nothing short of electrifying, one cannot overlook the fact that earlier political transformations that resulted in unspeakable human suffering were also preceded by equally thrilling moments of hope. The modernization project that was launched in the 1930s, the adoption of socialism in the 70s, the “third wave” liberalization in the 90s, and the shift to “revolutionary democracy” in the 2000s were all accompanied by utopian discourses including of human rights and democracy. Given this background, the talk explores what – if anything – is different this time. Is history poised to repeat itself, or is Ethiopia on the verge of establishing a non-oppressive democratic political order after 3000 years of authoritarianism?

Abadir M. Ibrahim received his J.S.D. from St. Thomas University School of Law LL.M./J.S.D. Program in Intercultural Human Rights and has two LL.M. degrees one in international law and one in human rights law. His experience encompasses work in both practical and academic settings including in advocacy. As a legal practitioner he has had a working experience with criminal law and procedure and has some experience in labor rights and constitutional litigation. His academic experience includes teaching, among others, human rights law, private international law, constitutional law, and legal history. He currently lectures at St. Thomas University School of Law on the topic of human rights and religion in relation to Islamic law-ethics. He has published in academic journals on a variety of human rights and international law topics and his advocacy publications also extend to non-academic outlets. His current research interests include democratization and human rights in Islam.