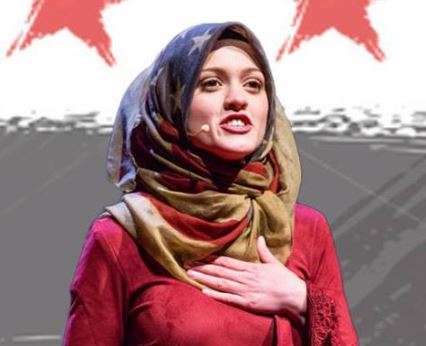 Note: This is an event by the Muslim Student Association (MSA) UW-Madison.

Amal Kassir is a Muslim Woman, born and raised in Denver, CO to a German-Iowan Mother and a Syrian Father. She is an international spoken word poet, having performed in 10 countries and over 45 cities. She has conducted workshops, given lectures, and recited her poetry in venues ranging from youth prisons, to orphanages to refugee camps to universities to churches to community spaces for the public. She hopes to take part in the global effort for literacy in war-struck areas and refugee camps, Insha’Allah.