MES Lecture: Aziza Khazzoom – “A Jewish history of Orientalism and its effect on hierarchies in Israel” 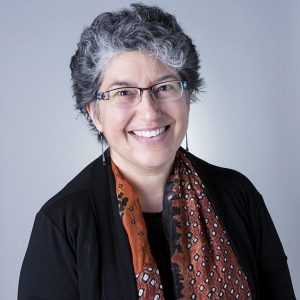 (See videos below the text.)

Since Europe’s Enlightenment, Jews – in the Middle East as well as Europe – have been simultaneously players and victims in European colonial domination of the Middle East. This ambiguous positioning developed because western European Enlightenment thinkers read Jews as Oriental – similar to and in cahoots with the Muslim enemy – yet gave them a chance to westernize in return for acceptance and access to Europe’s power and resources. Similar protégé relationships were available to other groups in the Middle East, including some Muslims, but only among Jews did it result in a fully hegemonic project of producing the self, and by extension the Jewish state, as western. The result is that Orientalism, born of a tension between Christians and Muslims, became a central anchor of identity in the Jewish state. In this talk, I review my empirical work – a first project based on analysis of Israel’s 1961 census and a second project analyzing life stories I collected from Iraqi and Polish Jews who immigrated to Israel in the 1950s – to specify the effects of westernization projects on Israeli subjectivity, hierarchies, and past and potential relationship to its Middle Eastern environment.

Aziza Khazzoom’s work traces the formation of ethnic inequality among Jews in Israel, combining quantitative and qualitative methods. She is the author of Shifting Ethnic Boundaries and Inequality in Israel, Or: How the Polish Peddler Became a German Intellectual, published by Stanford University Press in 2008. The book focuses on why ethnic discrimination occurred in Israel, and argues that concerns over producing the state as western centrally determined who was excluded and who was included. Other work on ethnic formation in Israel has appeared in the American Sociological Review, Social Forces, and Signs. She is currently collecting life stories of Polish and Iraqi Jews who immigrated to Israel in the 1950s. She has held NSF and ISF grants and postdoctoral fellowships from Tel Aviv University and the Van Leer Institute.