Christopher Livanos: “Biblicist Bias in Qur’anic Studies from the Middle Ages to the Present” 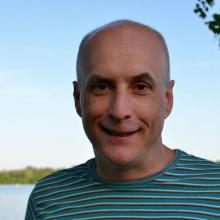 Western Qur’ānic studies continue to be affected by prejudices that the Western academy inherited from ancient and medieval heresiologists due to the academy’s origins as a religious institution and the ongoing absence of any systematic reckoning by Qur’ānic scholars to address their field’s history. The medieval tendency to view Islam as a Christian heresy has a persistent influence in the academy through the overemphasis of Biblical “sources” for the Qur’ān. Ludovico Marracci’s 1698 Qur’ān commentary was both the culmination of the medieval polemic tradition and the blueprint for subsequent Western engagement with the Qur’ān. Though few Qur’ānic scholars have the proficiency in Latin necessary to read Marracci’s work, Western Qur’ānic studies continues to overemphasize the Biblical because the field originated in a methodology that was fundamentally polemical rather than exegetic. This presentation proposes models from within the Christian and Muslim traditions that can pave the way towards a break from Biblicist tropes towards an interfaith understanding based on the rich exegetical traditions of both faiths.

The conversation will be moderated by Professor Charles L. Cohen.

Christopher Livanos is a Professor at the University of Wisconsin-Madison. His academic research concentrates on literature of the Medieval and Early Modern Mediterranean, emphasizing interactions between European and non-European cultures. He also teaches courses on the modern Middle Eastern novel. Livanos is currently collaborating with Dr. Mohammad Salama (San Francisco State University) on an annotated translation of pre-Islamic Arabic poetry.