Dina Heshmat “Egypt 1919: The Revolution in Literature and Film” 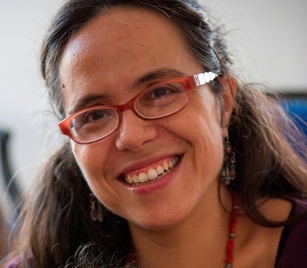 Dina Heshmat will discuss her latest book Egypt 1919: The Revolution in Literature and Film with Middle East Studies Program Director, Nevine El Nossery. The 1919 anti-colonial revolution is a key moment in modern Egyptian history and a historical reference point in Egyptian culture through the century. In the book, Heshmat argues that literature and film have played a central role in the making of its memory. She highlights the processes of remembering and forgetting that have contributed to shaping a dominant imaginary about 1919 in Egypt, coined by successive political and cultural elites. As she seeks to understand how and why so many voices have been relegated to the margins, she reinserts elements of the different representations into the dominant narrative. This opens up a new perspective on the legacy of 1919 in Egypt, inviting readers to meet the marginalized voices of the revolution and to reconnect with its layered emotional fabric.

Attendees can save 30% off Dina Heshmat’s book using code “event30” when purchasing through Edinburgh University Press. 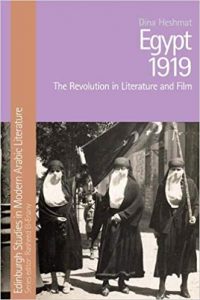 Dina Heshmat is Assistant Professor of Arabic literature at the American University in Cairo. Her research deals with the relationship between urban and historical contexts and literary narratives. Her current work focuses more specifically on literary and cinematic renderings of moments of revolt and revolution in Egypt. She is also the author of Cairo in Modern and Contemporary Egyptian Literature (Cairo, Supreme Council of Culture, 2007, in Arabic). In addition, she has written about gender in literature and cinema, diaries of the 2011 revolution and the intersection between journalistic and literary writing. She has contributed to a variety of publications, both academic and non-academic, including Arabica, Alif, The Encyclopedia of Islam, Jadaliyya, Orient XXI and Akhbar al-Adab.