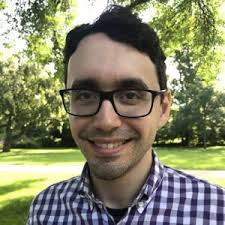 In the early twentieth century, Muslim jurists and activists across the world debated whether and how to reform the Islamic calendar using astronomical calculation. These debates have often been characterized as a clash between a modernist desire to adapt to modern science, and a traditional, “anti-science” position. But this understanding rests on a reading of legal texts that shed little light on actual communal practice.  By foregrounding evidence for how diverse Muslim communities in fact determined when to observe their holidays in the late nineteenth and early twentieth centuries, this talk reinterprets the calendar debates as a matter of competing visions for how to promote a globally uniform Islam.

Daniel Stolz researches and teaches the history of the late Ottoman Empire and the emergence of the modern Middle East in the nineteenth and twentieth centuries.  He is especially interested to understand how Ottomans used new kinds of technical knowledge to transform their society in the decades before World War I. His first book, The Lighthouse and the Observatory: Islam, Science, and Empire in Late Ottoman Egypt(Cambridge University Press, 2018) shows how new astronomical practices enabled the growth of the modern Egyptian state, as well as the emergence of Islamic movements that emphasized uniform and precise observance of ritual duties.  He is currently beginning research for a new book, Middle East Public Debt and Global Financial Knowledge. This project investigates the Ottoman state defaults of the 1870s as part of the global rise of sovereign debt and its forms of expertise.