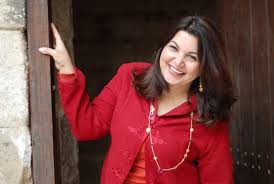 Miral Mahgoub al-Tahawy is an associate professor of Modern Arabic literature, an award-winning Egyptian novelist and short story writer, and an affiliated member of the Virginia G. Piper Center for Creative Writing at Arizona State University.

Mahgoub al-Tahawy was a Fulbright International Scholar at Columbia University, and was awarded a two-year postdoctoral research and teaching fellowship at New York University (NYU). She was also an international visiting scholar in the Department of Foreign Languages, Appalachian State University, Boone, NC; the Middlebury College Intensive Language Program, Middlebury VT; the Monterey Institute of International Studies, Monterey, CA; and the Department of Middle Eastern and South Asian Languages and Cultures (MESALC), University of Virginia, Charlottesville, VA. She earned her doctorate from Cairo University in Arabic language and literature.

As a literary figure, Mahgoub al-Tahawy was named “One of the Most Influential Writers of the Oriental World” and “One of most powerful Middle Eastern writers” by Forbes magazine in 2014. Mahgoub al-Tahawy has written four award-winning novels, each of which has garnered national and international recognition. Most are now taught around the world as part of standard curricula in Arabic literature in translation. Her literary work has now been translated into more than 15 languages.