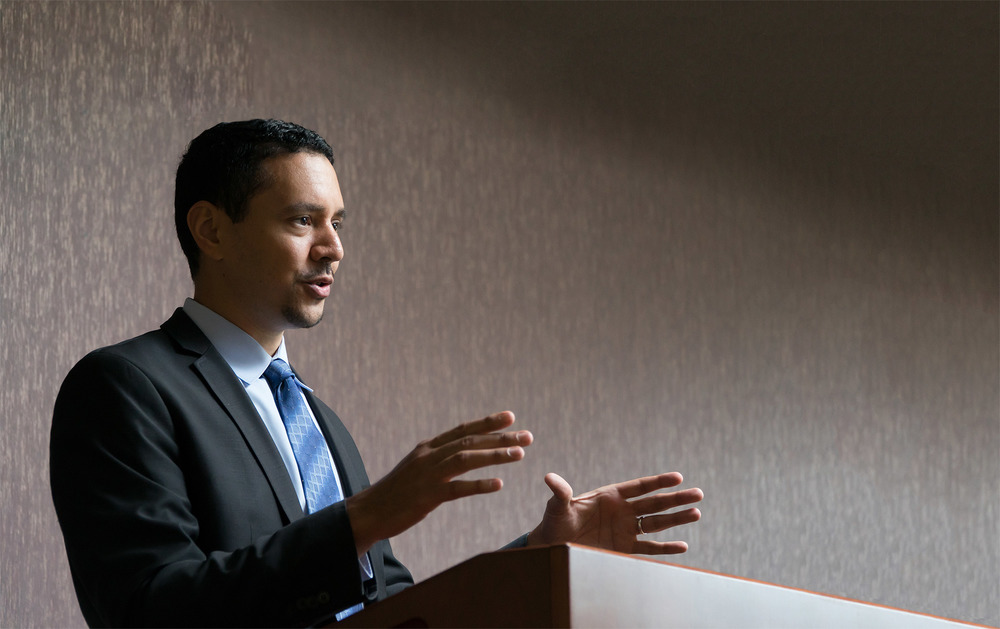 Jihad, Radicalism, and the New Atheism

For well over a decade, the so-called New Atheists have had a unique and ostensibly significant impact on Western (and to some extent non-Western) intellectual discourse. Notwithstanding their numerous detractors, their views on Islam in particular have shaped the ways that many college professors and students (typically outside Islamic studies) imagine the world’s second largest religion. Much of the focus of the New Atheists—from Sam Harris to Ayaan Hirsi Ali to Richard Dawkins—has been the topic of violence in Islam. In this presentation, Mohammad Hassan Khalil will scrutinize some especially influential New Atheist claims regarding Islam, jihad, and violent radicalism.

Mohammad Hassan Khalil is an associate professor of Religious Studies, an adjunct professor of Law, and Director of the Muslim Studies Program. Before returning to his hometown of East Lansing, Michigan, he was an assistant professor of Religion and visiting professor of Law at the University of Illinois. He specializes in Islamic thought and is author of Islam and the Fate of Others: The Salvation Question (Oxford University Press, 2012) and Jihad, Radicalism, and the New Atheism (Cambridge University Press, 2018); and editor of Between Heaven and Hell: Islam, Salvation, and the Fate of Others (Oxford University Press, 2013). He has presented papers at various national and international conferences, and has published peer-reviewed journal articles and book chapters on various topics, from early Islamic historiography to bioethics.