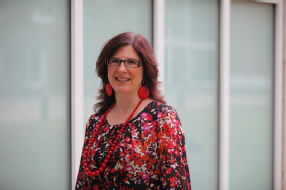 Based on over a hundred extensive personal narratives from women of different generations in Egypt, Jordan, and Lebanon, Embodying Geopolitics traces women’s activism from national independence through to the Arab uprisings, arguing that activist women are critical geopolitical actors. Weaving together these personal accounts with the ongoing legacies of colonialism, the book demonstrates how the production and regulation of gender is integrally bound up with the exercise and organization of geopolitical power, with consequences for women’s activism and its effects.

Nicola Pratt is a reader in the department of International Politics of the Middle East at the University of Warwick. Her research and teaching interests are located at the intersections between the politics of the Middle East and feminist international relations theory. In her research, she is particularly interested in the ways in which ‘ordinary people’ are shaped by and also influence national and international politics—particularly, democratization, gender politics, peace and security. She has written on women’s activism, democratization, human rights and conflict in a number of Middle Eastern countries. Between 2016 and 2020, she led a research project on ‘Politics and Popular Culture in Egypt: Contested Narratives of the 25 January 2011 Uprising and its Aftermath‘, resulting in the curation of a digital archive documenting the 25 January 2011 uprising and its aftermath through the prism of popular culture. She is currently Vice President of the British Society for Middle Eastern Studies.