Nilay Özok-Gündoğan: “A Gordian Knot in the Ottoman East: Kurdish Nobility, the Ottoman State, and the Question of Fiscal Autonomy in the Long Nineteenth Century” 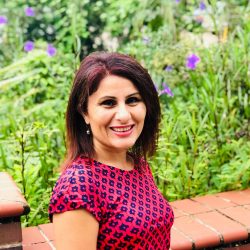 Kurdish principalities came under the Ottoman rule in the sixteenth century within the context of the Ottoman-Safavid imperial rivalry and until the mid-nineteenth century, the Kurdish beys maintained a degree of “autonomy” recognized by successive Ottoman sultans. This autonomy entailed various hereditary administrative and fiscal privileges granted to the Kurdish nobility most important of which was their unhindered control over land and agricultural revenues. This talk discusses the making and the eventual dissolution of the Kurdish nobility in the Ottoman realm with a specific focus on land ownership and its transformation during the Ottoman reform era of Tanzimat in the nineteenth century occupation.

Nilay Özok-Gündoğan is an Assistant Professor of Ottoman and Middle East history at Florida State University. Her research centers on the questions of modern state-making, property regimes, and intercommunal conflict and coexistence in the borderlands of modern empires. She also writes about the question of methodology in Kurdish Studies. Her publications appeared in Jadaliyya, Journal of Social History, IJMES, CSAAME, New Perspectives on Turkey, as well as in edited volumes. Her current manuscript provides a multi-actor socio-historical analysis of the transformation and eventual dissolution of the Kurdish principalities in the Ottoman Empire and modern Turkey. Her work stands at the junction of interconnected Ottoman, Kurdish, and Armenian histories. As opposed to dominant nationalist renderings of this region, she approaches the conflict between the Ottoman (and later the Turkish) state and the Kurdish nobility not solely as an ethnic dispute but as a struggle for sovereignty over the autonomous economic and political realms of the Kurdish nobles.