The Office of Islamic Law: Paperwork, Politics, and Possibilities in Modern South Asia 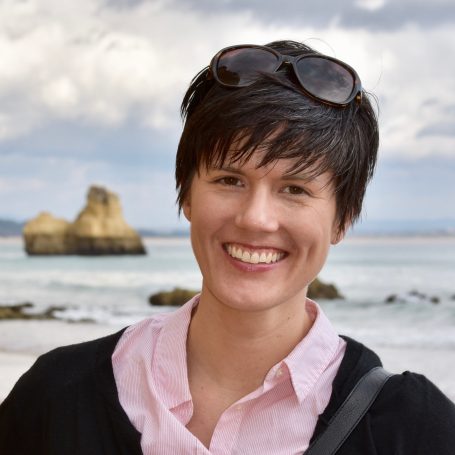 As Anglo-Indian case law became more robust and the lines around Muslim personal law more tightly drawn in British India, new possibilities and alternative approaches to law also came into being in the offices of local qazis (Islamic judges) and muftis (legal scholars, writers of fatwas). Yet rather than forming separate, parallel, or antagonistic tracks, these multiple modes of legal action remained in productive conversation into the post-Independence period. Focusing on these multiplicities, this talk outlines the range of options and possibilities Muslims pursued in the context of British rule and suggests that interactions across fora not only drove ordinary Muslims’ everyday engagements with law but also allowed these competing possibilities to persist.

Elizabeth Lhost is a historian of modern South Asia whose research focuses on the intersections of religion, law, and society. Her current book project—on which her talk is based—examines the transformation of Islamic law and legal practice in response to British rule and rising interest in bureaucratic governance and record-keeping. Lhost’s research and teaching interests include global history, legal history, South Asian History, and the history of Islam. Her research has been supported by the Fulbright Commission, the Social Science Research Council, the American Institute for Pakistan Studies, the American Council of Learned Societies, and the Mellon Foundation. Prior to completing her Ph.D., Lhost received a B.A. in English literature and cognitive science summa cum laude from Northwestern University and an M.A. in Languages and Cultures of Asia from the University of Wisconsin–Madison. She is affiliated with the Undergraduate Legal Studies Program and the Center for South Asia.