Stories on Afghan Women, Art, and Everything in Between

The panel will be moderated by Dr. Mou Banerjee from UW-Madison.

Our community continues to be touched by Middle East displacements and conflicts with the latest development in Afghanistan and the ongoing Afghan refugee crisis. Given the urgency of this issue, we are honored to host this meaningful and pressing panel.

While the conflict in Afghanistan is complex and spans multiple ideological, political, economic, military, and security dimensions, the images of Afghan women have been oftentimes reduced to oppressed subjects who need to be saved from Afghan men who are perpetually depicted as unjustifiably violent. This exclusive panel will attempt to deconstruct these stereotypical representations by focusing on the impact of this dreadful situation on the everyday lived experiences of men, women, and other minorities, and on the state of Afghan art and cultural production within the country and its Diaspora. Each of the panelists (Ahmad Qais Munhazim, assistant professor at Thomas Jefferson University, Nelofer Pazira-Fisk, award-winning Afghan-Canadian author, journalist and filmmaker, and Zohra Saed, Brooklyn-based Afghan American poet and writer, and distinguished Lecturer at The City University of New York, and Arash Azizzada, a writer, photographer, videographer, and community organizer) will share a personal narrative that goes beyond the ‘single’ homogenous story of war and devastation in Afghanistan, in the hope to offer an alternative fresh perspective on contemporary Afghan life marked by human resilience, creativity, and LOVE. 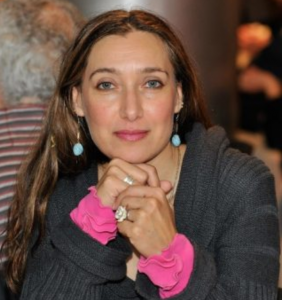 Nelofer Pazira-Fisk is an award-winning Afghan-Canadian author, journalist and filmmaker, sharing her time and work between Ireland, Canada and the Middle East (Syria, Lebanon, Afghanistan). She starred in the film Kandahar, based on her real life story and has directed, produced and co-produced several films including Return to Kandahar, Audition, Act of Dishonour, and This is Not a Movie.
Nelofer reported for Canadian television and radio as well as UK and Canadian newspapers from Iraq, Afghanistan, Turkey, Egypt and Syria. Her radio documentary Of Paradise and Failure — about a Palestinian suicide bomber from Lebanon – won the Silver Medal at New York’s Media Award, and her latest, Road to Damascus, won a Gabriel Award.
A past-president of PEN Canada (a freedom of expression organization), Nelofer assisted UNESCO in Afghanistan. Nelofer’s 2006 book A Bed of Red Flowers: In Search of My Afghanistan won the Drainie-Taylor Biography Prize. Her charity, Dyana Afghan Women’s Fund has been providing education for women in remote parts of Afghanistan. 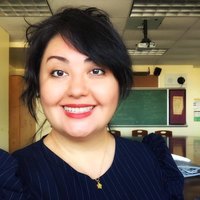 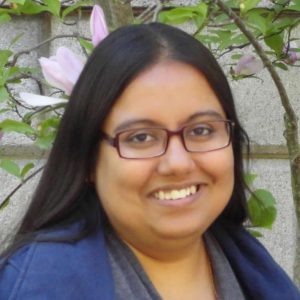 Dr. Mou Banerjee received her Ph.D. from the Dept. of History at Harvard in 2018, and her first book, “The Disinherited: Christianity and Conversion in Colonial India, 1813-1907” is forthcoming from Harvard University Press. The book-project is an intellectual and political history of the creation of the Indian political self – a self that emerged through an often-oppositional relationship with evangelical Christianity and the apologetic debates arising out of such engagements.  Her second book, under contract with Juggernaut Press, India, is an intellectual history of the life and times of the pioneering Indian social reformer Raja Rammohan Roy.  Dr. Banerjee’s research interests include the religion and politics in India, the history of gender, hunger and food politics, and the history of borders and immigration in colonial South Asia. Prior to her appointment at UW-Madison, she was College fellow at the Department of South Asian Studies at Harvard in 2018 and Assistant Professor of History at Clemson University in 2018-19.  Dr. Banerjee has been invited to give public interviews on the history of foreign occupation in Afghanistan and the political implications of the recent US withdrawal. 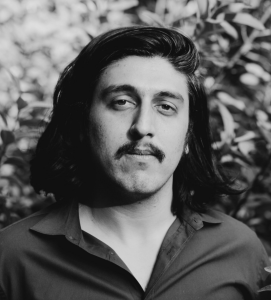 Arash Azizzada is a writer, photographer, videographer, and community organizer based in Los Angeles, CA. Arash documents the stories of marginalized communities across the United States. In the past decade-plus, he has shot music videos and short films as well as photographed protest movements from Occupy Wall Street to Black Lives Matter.
As a child of Afghan refugees, Arash is deeply committed to social justice. He co-founded the Afghan Diaspora for Equality and Progress (ADEP) in 2016 which is aimed at elevating and empowering changemakers within the Afghan community. He also recently co-launched the Afghans For A Better Tomorrow (AFBT) campaign and has focused on evacuation coordination efforts across the diaspora as well as ending U.S. military engagement in Afghanistan. 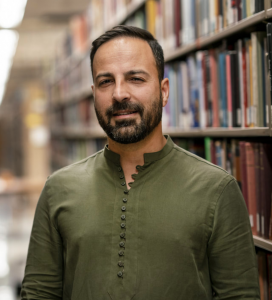 Ahmad Qais Munhazim is an Assistant Professor of Global Studies at Thomas Jefferson University, East Falls. His research interests lie at the intersection of critical international relations, political violence, gender and sexuality, postcolonial studies and migration. Ahmad’s current research is a de-colonial ethnographic study of Muslim diaspora in the US where he studies the impact of the War on Terror on Muslim masculinities and the everyday politics of queer and trans Muslims. Ahmad speaks Farsi (Native), Pashto (Native ), Arabic (Advanced), Urdu (Fluent) and Hindi (Fluent).