Tracing the History of a Toxic Present: Resurgent Antisemitism & White Nationalism in the U.S. 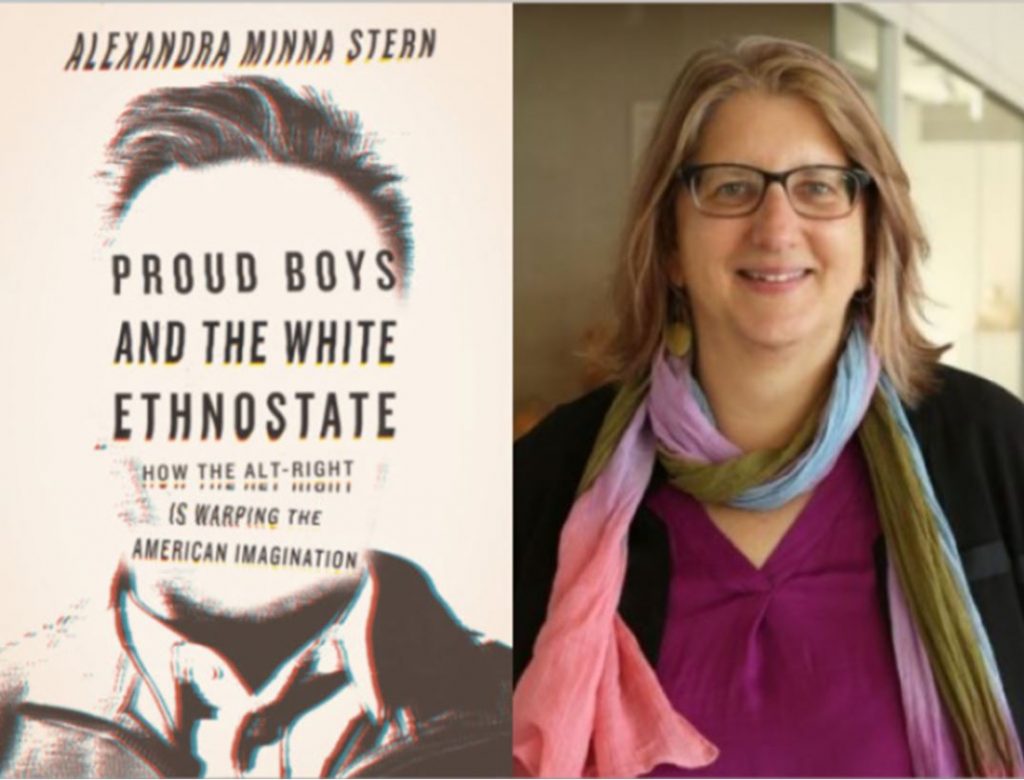 A Lecture Organized by the Mosse/Weinstein Center for Jewish Studies and Co-sponsored by the Havens Wright Center for Social Justice.

Antisemitism sits at the core of the 21st-century resurgence of white nationalism in the US. This lecture explores the recent history of the far right, showing how antisemitism is inextricably linked to xenophobia, misogyny, Islamophobia, and transphobia.

Warning: the powerpoint for this lecture includes disturbing and hateful images and memes, which proliferate on social media, are catalysts for far right radicalization, and require analysis and decoding.

Alexandra Minna Stern is the Carroll Smith-Rosenberg Collegiate Professor of American Culture, History, and Women’s Studies and Professor of Obstetrics and Gynecology at the University of Michigan. Most of her research has focused on the uses and misuses of genetics in the United States and Latin America. Stern’s most recent book, Proud Boys and the White Ethnostate: How the Alt-Right is Warping the American Imagination (Beacon Press, 2019), applies the lenses of historical analysis, feminist studies, and critical race studies to deconstruct the core ideas of the far right and white nationalism in the United States. Her other books include the award-winning Eugenic Nation: Faults and Frontiers of Better Breeding in Modern America (University of California Press, 2015, 2nd ed.) and Telling Genes: The Story of Genetic Counseling in America (Johns Hopkins University Press, 2012).