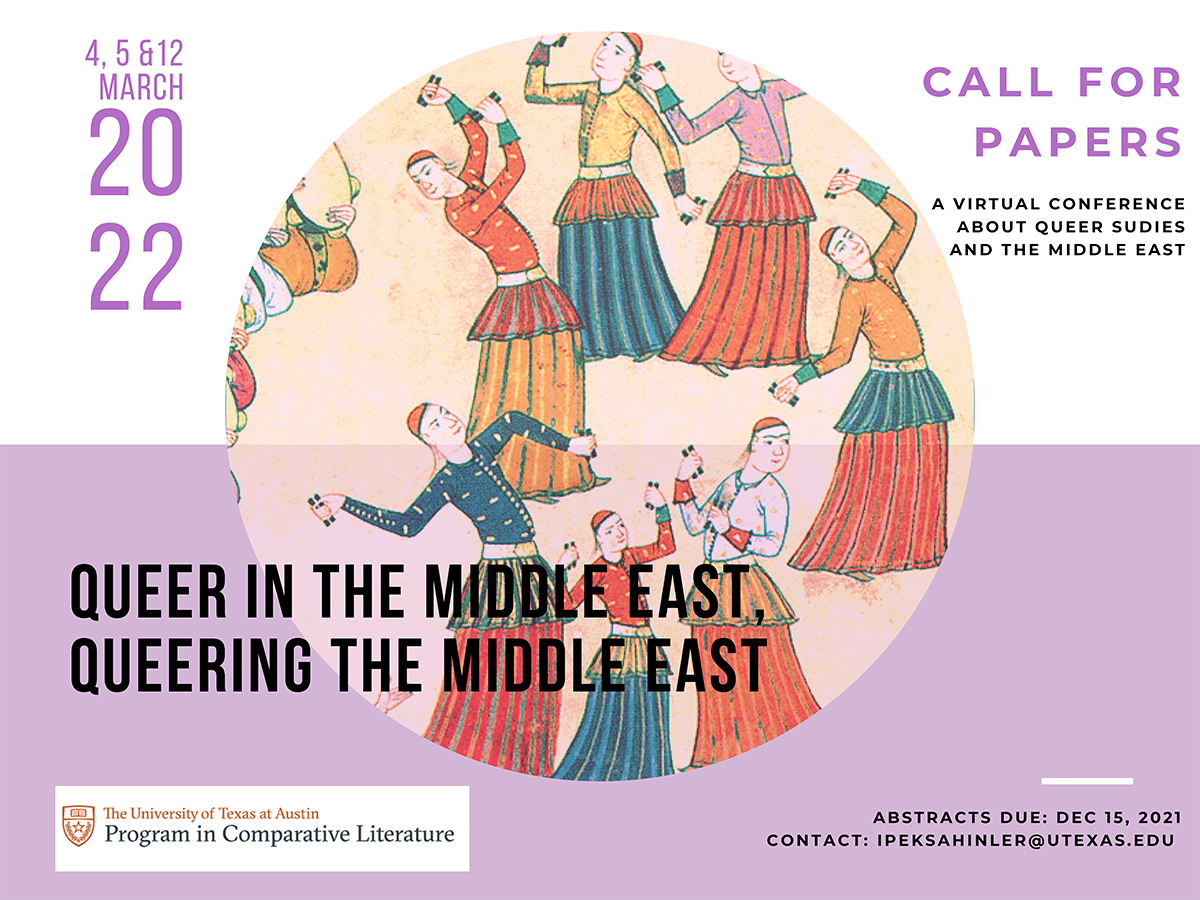 As a school of criticism jeopardizing its core premise of deconstructing the centre by centralizing itself around the LGBTI+ discourse, Queer Theory, without doubt, has a curious place within the academy today. Though it is a thirty-years-old school of thinking, we less often see queer methodologies being used in the study of cultural productions from the “third world,” which has has historically been defined as non-sterile, perverted, underdeveloped, primitive and queer in the face of the “West” (through works by critics and theorists such as Edward Said, or Mary Louise Pratt). This is evident from how the Anglo-American culture, by orientalising the Middle East, has unwillingly attributed a queerness to its other. Therefore, we ironically owe the possibility of talking about the queerness of the Middle East to the Western binary opposition that defines its “civilizational Other” (Aijaz Ahmad) as marginal. In short, there is an urgent need to talk about queerness in the Middle East and the existing methodologies used in the study of understanding queer voices from this region.

This three-day virtual conference aims to bring together scholars, researchers, artists, and activists to discuss theoretical and practical applications of Queer Theory and queer thinking in the study of the Middle East. Concomitantly, we have three objectives. First, to talk about proto-queer and queer works from the Middle East. Second, to discuss whether Queer Theory can speak, not for, but about this designated region. Finally, to queer the current, ossified understandings of queerness anchored around LGBTI+ politics and thus to “let queer take on meanings” (Butler, 1993: 228).

The conference will address issues of queerness, sexuality, gender, and identity politics. We invite original and unpublished works from different disciplines such as literature, anthropology, linguistics, cultural studies, sociology, translation studies, philosophy and more. Topics include but are not limited to:

-representations of queerness in the Middle East

–queer narratives from or about the Middle East/MENA

-censured and challenged cultural productions due to their queer(ing) content

-translated texts that speak to issues related to queerness

Please submit an abstract (around 300 words) and a short bio by December 15, 2021 to ipeksahinler@utexas.edu. Participants will be notified by January 15, 2022. Accepted participants will submit full drafts of their unpublished works (5000-8000 words) by Feb 15, 2022. As a preliminary step to the event in March 2022, conference participants will attend a one-day workshop in late February to discuss the papers.