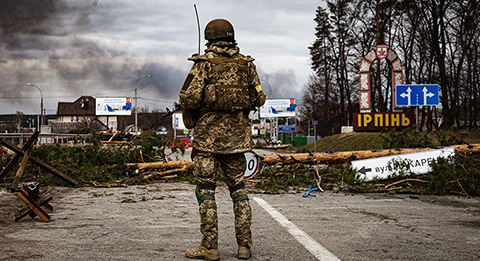 On February 24, 2022, Russia launched a large-scale invasion of Ukraine that has resulted in a global crisis, millions of Ukrainian refugees and internally displaced, growing death toll and destruction, and a shift in international diplomacy. The Middle East and North Africa region has also been feeling the reverberations from the Russian war in Ukraine. Arab Center Washington DC is organizing this webinar to discuss the current and long-term impacts of this war on the Arab world including significant effects on vital food supplies, oil and wheat prices, global energy routes, conflicts in Libya and Syria, the refugee crises, Palestine/Israel, and shifting global relations with oil producing countries in the region.