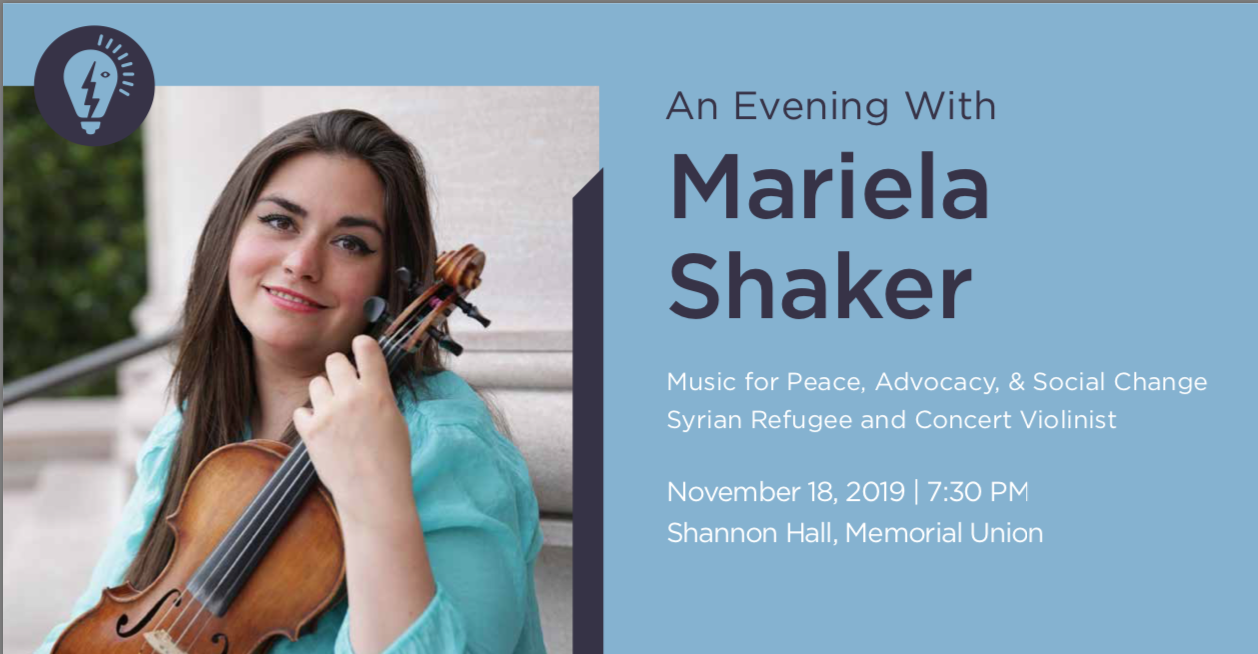 Join us to hear from Syrian refugee, Mariela Shaker and how she has used music to advocate for peace and social change.

MARIELA SHAKER is an accomplished Syrian violinist and award-winning refugee advocate who survived the civil war in Syria as well as the University of Aleppo attack in January 2013. Mariela risked death every day, commuting between her home and the Institute to create a safe haven for students through her music and inspire children to pursue their dreams. She fled to the US to study music at Monmouth College with a full tuition scholarship. Mariela was named a “Champion of Change” by President Barack Obama in 2015 and was appointed as UNHCR’s High Profile Supporter in 2015. Her courageous story has been profiled by the Huffington Post, Chicago Tribune, Washington Post, Buzz Feed, Woman’s Day and many others. Today, Mariela is using her music to build bridges and promote peace while raising awareness for the plights of the Syrian people.

Mariela Shaker will discuss her journey to the United States and how she is currently using her music to build awareness and bring attention to how it can help with advocating for peace and social change. This lecture will also include a fifteen minute performance!

This event is brought to you by WUD Distinguished Lecture Series.

Please join WUD DLS for An Evening with Mariela Shaker on Monday, November 18th at 7:30 p.m. The doors of Shannon Hall in Memorial Union will open at 7:00 p.m. The one-hour conversation/lecture is open and FREE to both students and the public, and will end with a 30-minute Q&A.