In November, we are pleased to present a restored DCP of Abbas Kiarostami’s marvelous non-fiction portrait of Tehran school boys, First Graders (1984). Often overlooked in the shadow of the more widely-shown Homework (1989), First Graders is the first of Kiarostami’s two documentary features about education. While a lot of Iranian cinematic imports over the last three or four decades have been easily classifiable as neorealist works, Mohammad Reza Aslani’s Chess of the Wind (1976), also showing in a new restoration, is, as Cinematheque programmer Mike King writes, “a haunting depiction of crumbling aristocracy much more redolent of Visconti than Kiarostami..an essential addition to the canon of Iranian art cinema.” 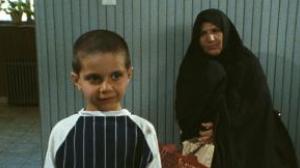 Inspired by his own sons’ schooling, the first of Kiarostami’s two documentary features about education is a wonderful and fascinating movie that is often overlooked in favor of the later Homework (1989). First Graders looks in on a schoolyard of playful boys but mainly transpires in the office of a supervisor who has to deal with latecomers and discipline problems. You can almost see the boys’ personalities forming in their first encounters with authorities and peers outside the home. Preceded by two terrific Kiarostami short films: Bread and Alley (1970) and Toothache (1980). Co-presented with the support of UW Madison’s Middle East Studies Program.
+ Google Calendar+ iCal Export