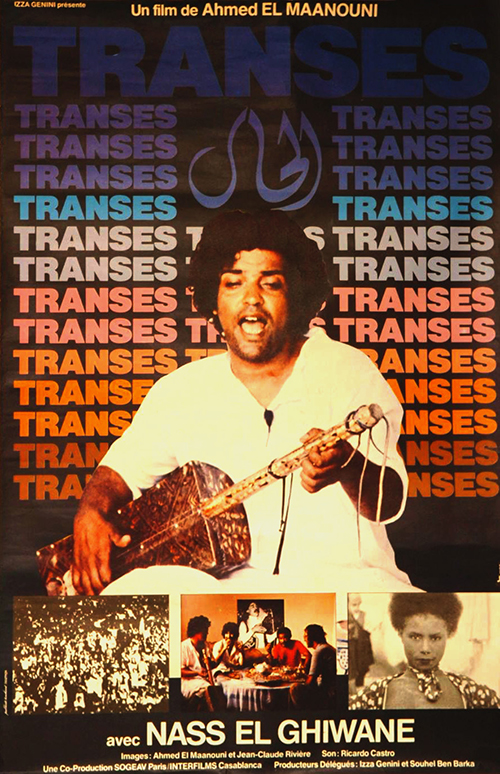 One of the great unheralded concert films, Trances provides a showcase for Moroccan band Nass El Ghiwane. In a series of ecstatic live performances, the rhythmically intricate band tears it up for their fervently devoted audience, who are frequently seen surrounding the stage in rapture. Between songs, the film joins the band on the streets of Casablanca and in intimate conversation about the meaning behind their songs. A testament to the communal exhilaration and energy of live music, Trances was the first film Martin Scorsese selected for restoration in his World Cinema Project. Restored in 2007 by The World Cinema Foundation at Cineteca di Bologna/L’Immagine Ritrovata in association with Ahmed El-Maanouni and Izza Genini. Restoration funding provided by Armani, Cartier, Qatar Airways and Qatar Museum Authority. Presented with the support of UW Madison’s Middle East Studies Program.