The Missing Pages: The Modern Life of a Medieval Manuscript from Genocide to Justice 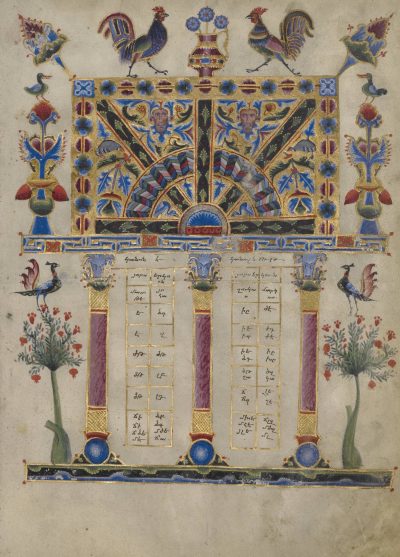 The lecture will cover art history, histories of genocide, cultural heritage, and the questions of the continuity of the medieval and the modern intersect in the biography of a medieval Armenian Gospels manuscript. Eight of its illuminated pages were discovered in the J. Paul Getty Museum in 2010, prompting a lawsuit. The tale of the separation of the pages from the manuscript tells a story of genocide and survival, and makes the case for a human right to art.

Professor Heghnar Zeitlian Watenpaugh specializes in the history of art, architecture, and urbanism in the Middle East, including architectural preservation, museums, and cultural heritage. Her first book, The Image of an Ottoman City: Architecture in Aleppo, was awarded the Spiro Kostof Book Prize from the Society of Architectural Historians. She has also received the Best Article Award from the Syrian Studies Association, and the Omer Lutfi Barkan Article Prize from the Ottoman and Turkish Studies Association.  Her second book, The Missing Pages: The Modern Life of a Medieval Manuscript, from Genocide to Justice, was published by Stanford University Press in 2019. Her research has been supported by fellowships from the J. Paul Getty Trust, National Endowment for the Humanities, Fulbright-Hays, Social Science Research Council, the Center for Advanced Study in the Visual Arts at the National Gallery of Art, and the Office of the President of the University of California. She has served on the boards of the Society of Architectural Historians, the Syrian Studies Association, and the Historians of Islamic Art Association, among other professional organizations.

There will also be a workshop, more information can be found here.