Race and Islam in Historical Perspective 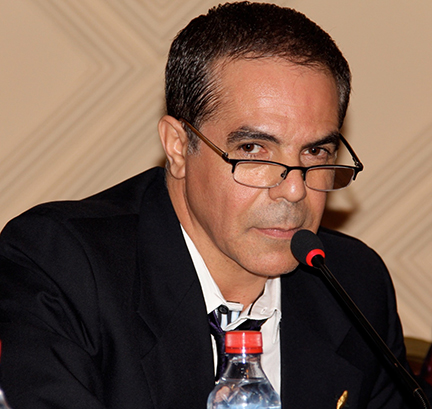 Professor El Hamel discusses the emergence and evolution of ideas of race and color in the Middle East and North Africa. This lecture is mainly interested in racial constructs built around notions of color and lineage. It traces distinct genealogies of race and racism to the beginning of the Islamic empire.

Chouki El Hamel is a professor of history in the School of Historical, Philosophical and Religious Studies at Arizona State University, specializing in West and Northwest Africa  He is an Africanist scholar who is particularly interested in the subaltern relationship of servile and marginalized communities to Islamic ruling institutions. His interviews, commentaries and essays have appeared in international venues such as the French newspaper Le Monde, the German magazine Bilatéral, the Moroccan magazines Zamane and TelQuel, and Jadaliyya (produced by the Arab Studies Institute in the US). His most recent book is Black Morocco: A History of Slavery, Race, and Islam (Cambridge University Press, 2013).

This lecture will be in-person. Registration coming soon!