The Ottoman Transition to Print: Technology, Aesthetics, and Textual Administration 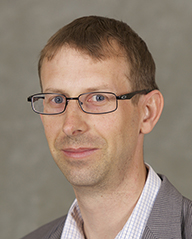 From 1726 to 1746 CE, İbrahim Müteferrika operated the first Ottoman-sanctioned printshop, with a particular focus on books beneficial to state administration. Prior to this, Ottoman Muslims employed a system of script variation that visually classified genres of documents. Different styles of script (or “calligraphy”) provided contextual clues that signified meaningful distinctions of textual genre and audience. Building upon my book, Letters of Light: Arabic Script in Calligraphy, Print, and Digital Design (2017, Harvard University Press), this talk explores Ottoman print adoption in comparative perspective. I begin by outlining the Ottoman system of script variation. I then discuss the ways in which this system interfaced with the new technology of movable type printing. More specifically, the paper rereads Ottoman printing in light of Raymond Williams’ concept of the “long revolution,” arguing that the Müteferrika press represents a shift in what William has labeled “structures of feeling.” Working within the structures of Ottoman script variation, the Müteferrika press introduced both a new genre of administrative and state-oriented texts, as well as a new “style of script” (i.e. movable type) with which to visually represent these novel texts.

FOR IN-PERSON, REGISTER BELOW: