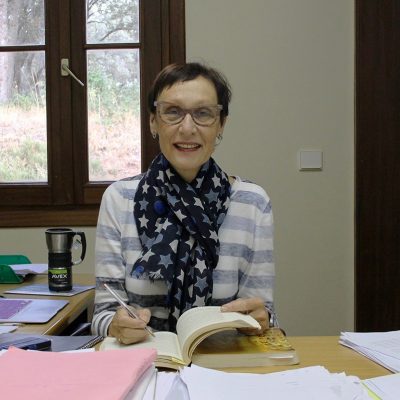 Six years after the uprising, who are the winners and the losers? Since the 2011 uprisings, Tunisia has taken several major steps to address historic, systematic human rights violation perpetuated by the two post-colonial regimes of Habib Bourguiba (1956-1987) and Zine el Abidine Ben Ali (1987-2011). The National Constituent Assembly adopted an Organic Law on Establishing and Organizing Transitional Justice in 2013. A year later, the Truth And Dignity Commission (IVD) began its work and victims submitted their dossiers until 2016. Of the 65,000 dossiers, 15,000 came from women. The 2013 Law charged the commission with addressing reparations, accountability, institutional reform, vetting and national reconciliation. However, the adoption of an “administrative reconciliation law” in September 2017, threatens Tunisia’s hard-won fledgling democracy because it grants impunity to civil servants who were implicated in corruption under Ben Ali and allows them to return to positions of power. It will also obstruct investigation into the systematic corruption that prevailed in Tunisia and prevent courts from ruling on human-rights violations – making those aligned with the previous regime the winners of the revolution.

In spite of these setbacks, Tunisia is the first Arab Muslim majority country that has comprehensively tackled its past state-sanctioned torture. This paper addresses the fate of the thousands of so-called indirect victims, i.e. individuals who were persecuted, discriminated and socially excluded because they were related to political detainees. Indirect female victims suffered disproportionally as they became de-facto single mothers in a country where single motherhood is viewed as a shameful existence. This research is based on personal interviews with hundreds of indirect victims, conducted in 2017 throughout Tunisia. Children – now adults  – of former detainees frequently resent the political and religious activism of their fathers – primarily supporters of the Islamist Ennahda movement. However, because their martyr-like status, they cannot speak openly about their disagreements, creating enormous internal conflicts. In addition, due to their father’s imprisonment, children were expelled from schools, from job training, had no access to university and now join ranks now with the forgotten, disenchanted, unemployed youth that six years ago ushered in the most promising change in the Arab world.

Dr. Doris H. Gray directs the Hillary Clinton Center for Women’s Empowerment at Al Akhawayn University in Ifrane, Morocco where she also serves as Associate Professor of Gender Studies. Her latest publication with the International Center of Transitional Justice in New York has the same title as her talk today. She has published three books: “Women and Social Change in North Africa: What counts as Revolutionary?”, “Beyond Feminism and Islamism: Gender and Equality in North Africa and Muslim Women on the Move.” Before becoming an Academic, Doris worked as a journalist, 12 years as foreign correspondent in South Africa and later in Kenya.