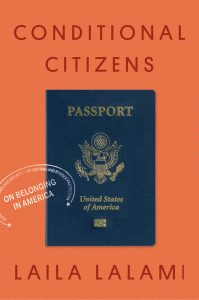 Laila Lalami will appear live on Crowdcast to discuss her memoir, Conditional Citizens, in conversation with Kate Archer Kent of Wisconsin Public Radio.

Laila Lalami was born in Rabat and educated in Morocco, Great Britain, and the United States. She is the author of four novels, including The Moor’s Account, which won several awards and was a finalist for the Pulitzer Prize, and The Other Americans, which was a Los Angeles Times bestseller and a finalist for the National Book Award. Her essays and criticism have appeared in the Los Angeles Times, the Washington Post, The Nation, Harper’s, the Guardian, and the New York Times.

Join the event at: https://www.crowdcast.io/e/wbf-conditional-citizens. 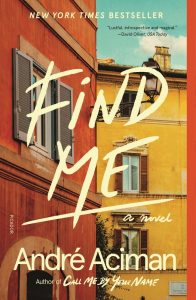 In this spellbinding exploration of the varieties of love, the author of the worldwide bestseller Call Me By Your Name revisits its complex and beguiling characters decades after their first meeting. Andre Aciman will appear live on Crowdcast to discuss Find Me in conversation with Brandon Taylor, author of Real Life.

Join the event at: https://www.crowdcast.io/e/wbf-find-me.

André Aciman is the New York Times bestselling author of Call Me by Your Name, Find Me, Enigma Variations, Out of Egypt, Eight White Nights, False Papers, Alibis, Harvard Square, and is the editor of The Proust Project. He teaches comparative literature at the Graduate Center of the City University of New York. He lives with his wife in Manhattan.

Before each event begins, you will see a countdown and the event image.